Arnold Schwarzenegger Pusses Out On Romney Endorsement On GMA

Email ThisBlogThis!Share to TwitterShare to FacebookShare to Pinterest
Republican Arnold Schwarzenegger says he doesn't know who he'll vote for President in 2012. Schwarzenegger, known for his liberal leanings, went on "Good Morning America" to talk about his new biography book "Total Recall: My Unbelievably True Life Story".

When asked how he felt about the election he said: "I always wait until the last minute because there are some very interesting debates coming up and I think it's always nice when you see both of the candidates next to each other and they can debate the issues."

"I'm open-minded and I want to hear what everyone has to say and I'm also not one who just votes on issue.  I vote on the whole package so which one of the candidates really is the best package because no one is perfect and no one is exactly what you want. The ideal thing is if you can put two candidates together but that's not going to happen and so I'm going to keep an open mind."

Two days ago, Schwarzenegger was on the Daily Show and was asked by Jon Stewart why he was a Republican. Arnold replied it was because he feels the government needs to be fiscally responsible. Shouldn't this election be an obvious choice for him then? The Obama's administration added $6 Trillion to the U.S. debt.

Arnold would rather be all things to all people so no one dislikes him than pick a side. Who knew a "machine" wouldn't be able to make a decision that his party programmed him to.
Posted by Marc Anselmo at 12:07 PM
4 comments:

In a new interview with the AP, Affleck examined the presidential race.

The actor and director said: "I voted for Obama last time although he got to be all things to all people then. And now he's got a record which makes it really different ... I obviously have more complicated feelings."

Affleck then gave his examination of the Romney campaign and RNC, "I think Republicans really had a chance to win. And they kind of ended up with like a sort of Mike Dukakis, Al Gore, Bob Dole type - who just couldn't get people to see him as a real person somehow. Romney just had such trouble coming off as just like the kind of person you see at the grocery store. And I truly believe that has cost him the election."

At the end of the interview, Affleck admitted that he isn't focused on the current presidential election this time around but is more worried about the next one. He said, "The world is a very tricky place in terms of foreign affairs. And really, really we're in very bad shape economically."

While Affleck looks like he's unhappy with Obama, it doesn't look he's going red any time soon.
Posted by Marc Anselmo at 11:44 AM
1 comment:

Email ThisBlogThis!Share to TwitterShare to FacebookShare to Pinterest
"Worst Band In The World" Creed frontman Scott Stapp says he he isn't going to endorse Barack Obama this time around. Stapp was on Fox & Friends to reveal why.

Stapp said, "I'm just disappointed. I had really high hopes for President Obama. I was really inspired by President Obama. And I still am, he's an amazing speaker. I just found his - in my opinion - his Administration ineffective. A lot of promises but no real delivery."

Stapp is a registered independent who voted for Obama in 2008.

In the interview, Stapp asked Romney to "lay out his plan so people could understand it".

When asked what kind of candidate Stapp is looking for he said he was looking for the next Ronald Reagan or FDR to comeback and "give us a New Deal."

Someone tell Stapp that Obama did give us a "New Deal". But just like when FDR did it, it failed miserably.

Posted by Marc Anselmo at 4:48 PM
No comments:

Here is what the Venezuelan President said on a televised interview:

When he was asked if Obama would vote for him, the power hungry dictator said, "I think ... he'd vote for Chavez."

Now why would someone who called our president "a clown, embarrassment, shame to Black People" in 2011 now endorse him?

Obama will ignore Chavez's comments, true or not, because he's got more important things to do like going on the America's favorite lady gossip show called "The View". As we all know, Whoopi Goldberg is far more important to a President than world politics.
Posted by Marc Anselmo at 4:30 PM
No comments:

Email ThisBlogThis!Share to TwitterShare to FacebookShare to Pinterest
I thought Madonna went too far with her lower-back Obama stamp tattoo she proudly displayed at one of her latest concerts. But then, like the lady she is, she offered to strip if Obama wins.

Madonna on her MDNA Tour came to Washington, D.C. last Monday night. She announced at the concert that she is endorsing Obama.

Take notes celebrities, this is not how you endorse a candidate. Here is what she said:

'Y'all better vote for f--king Obama, OK? For better or for worse, all right? We have a black Muslim in the White House. Now that's some amazing s--t,' she said. 'It means there is hope in this country. And Obama is fighting for gay rights, so support the man, goddamnit.'

I wonder how many people who go see a buff old lady strip and lip sync actually vote.

Posted by Marc Anselmo at 3:53 PM
No comments:

Email ThisBlogThis!Share to TwitterShare to FacebookShare to Pinterest
Guess who wears red?

Republicans got passed a football today by Super Bowl champion and Hall of fame quarterback John Elway. Yesterday, John Elway endorsed Mitt Romney to be president of the United States of America.

"Governor Romney is a proven leader with the experience and background to turn around our struggling economy," Elway said in a statement. "In these tough economic times, we need a president who understands how to get America working again - by standing on the side of taxpayers and small-business owners who do the real job creating. I am endorsing Governor Romney and Congressman Ryan for President and Vice President because I know having the courage to make decisions and tackle challenges is what leads to results and real change. America needs a comeback team - Mitt Romney and Paul Ryan are that team."

Romney was more than happy to accept Elway's endorsement.

"Leaders come in many forms, and John Elway has always exemplified leadership, first as a quarterback for the Super Bowl champion Broncos, and now as an executive vice president for the team," Romney said in a statement. "He's had to overcome challenges during his career, and he knows what it takes to turn things around when things get tough. I'm proud to have him on my team as we campaign to lead the comeback this nation desperately needs."

Elway is currently the vice president of football operations for the Denver Broncos.

So what do you think? Should the former Broncos legend be mucking it up in politics?


Posted by Marc Anselmo at 3:04 PM
No comments:

Email ThisBlogThis!Share to TwitterShare to FacebookShare to Pinterest
Would you pledge your allegiance to President Barack Obama? The Obama campaign has unleashed it's "For All" campaign which asks supporters to take a photo of themselves with their hand over their heart and a note on their hand saying why they support him.

"Transformers" actress Jessica Alba wrote in the campaign email, "Growing up, my classmates and I started every day with a ritual: We'd stand up, put our right hand over our hearts, and say the Pledge of Allegiance. To me, that gesture was a promise. A promise to be involved and engaged in this country's future. A promise to work for liberty and justice - and for affordable education, health care, and equality - for all." I don't remember affordable education, health care, and equality being in the pledge. Good to know that Alba would like to rewrite the pledge of allegiance and make it the government's mission to destroy freedom.

In the photo, Alba's hand says "Equal pay". What an ironic idea to write on your hand when you are a dirty capitalist that makes millions every year. I wonder if Alba looks at George Clooney's paycheck and screams equal pay at her employers. You know what, she probably does because she's a "greedy 1-percenter".

Joining her in this pledge to the POTUS is Natalie Portman and Scarlett Johansson. Each have taken an individual photograph of themselves pledging to allegiance to President Obama.

Does anyone else find this to be extremely creepy and egotistical of the Obama campaign? Do his followers know how ridiculous they look?

The pledge of Allegiance is a sacred and traditional way to express our loyalty to the United States of America. It was written in 1892 by a Baptist minister named Francis Bellamy. The Pledge of Allegiance, under United States Flag Code, says the person doing the allegiance "should be rendered by standing at attention facing the flag with the right hand over the heart." I don't see anywhere in there that says Americans should face Obama with their hand over their heart and recite a pledge to him. Neither does it say we should pledge to camera and pose for a photo. Perhaps Obama can fundamental transform that tradition for us.

If we treat the POTUS like a King and pledge allegiance to him, we are offering up our God-given rights and liberties to be taken away. Our forefathers gave us the chance to be free now we have to continue fighting for it. Unless you'd rather this alternative:

"We pledge allegiance, to the King, of the United States of America. And to the democracy, for which stands, one nation, under Obama, for affordable education, health care, and equality - for all." 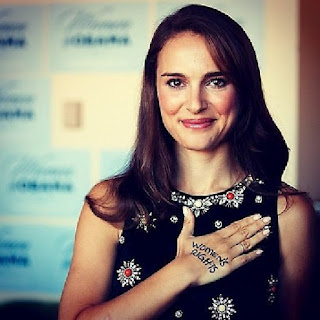 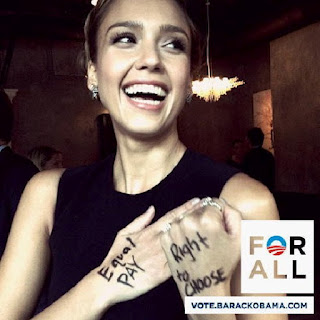 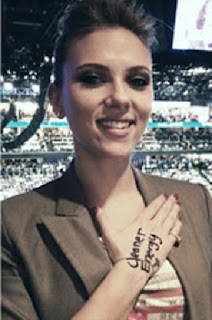 Posted by Marc Anselmo at 2:54 PM
No comments:

Email ThisBlogThis!Share to TwitterShare to FacebookShare to Pinterest
Celebrity Nicki Minaj endorsed Republican Mitt Romney during a guest verse in Lil Wayne's new Dedication 4 mixtape. Here is what she sang: "I'm a Republican, voting for Mitt Romney/You lazy b**ches is f*ckin' up the economy, Mercy."

This left our commander in chief confused.

The President told an Orlando radio station power 95.3 about Minaj's rap: "Yeah, I'm not sure that's actually what happened. I think she had a song on there, a little rap that said that. But she likes to play different characters. So I don't know what's going on there."

Minaj was quick to respond to Obama's confusion. She went onto the President's Twitter to reveal that she loves him. Here is what she told Barack Obama on Twitter: "Ha! Thank you for understanding my creative humor & sarcasm Mr. President, the smart ones always do. *sends love & support* @BarackObama.

Too bad the President isn't a fan of hers. In that same interview, Obama told the Orlando radio station power 95.3 that he's pretty sure she's not on his or on any of the First Families iPods.